“Stay broke, shoot film” is one of the most popular film hashtags on instagram because it expresses a very real sentiment; film is expensive, but worth it. That shouldn’t mean you can’t try to save a few dollars here and there, such as with your choice of film. Kodak Gold 200 is an affordable film that has stood the test of time, but how good is it? Is it worth the compromise?

Some of the most popular films, like Kodak Portra, go for around $14 Australian (US$9+) per roll. You could easily get two rolls for the same sort of price by choosing a film like Kodak Gold. Combine a cheaper film with develop-only lab services and home scanning (maybe even home developing), and you easily can bring down your total costs to less than $15 per roll.

For this review I’ve chosen to use my regular lab for their develop and scanning services to eliminate my developing and scanning skills as a variable. I used my Fuji Klasse W, a nice compact camera with a sharp 28mm lens, for this review. 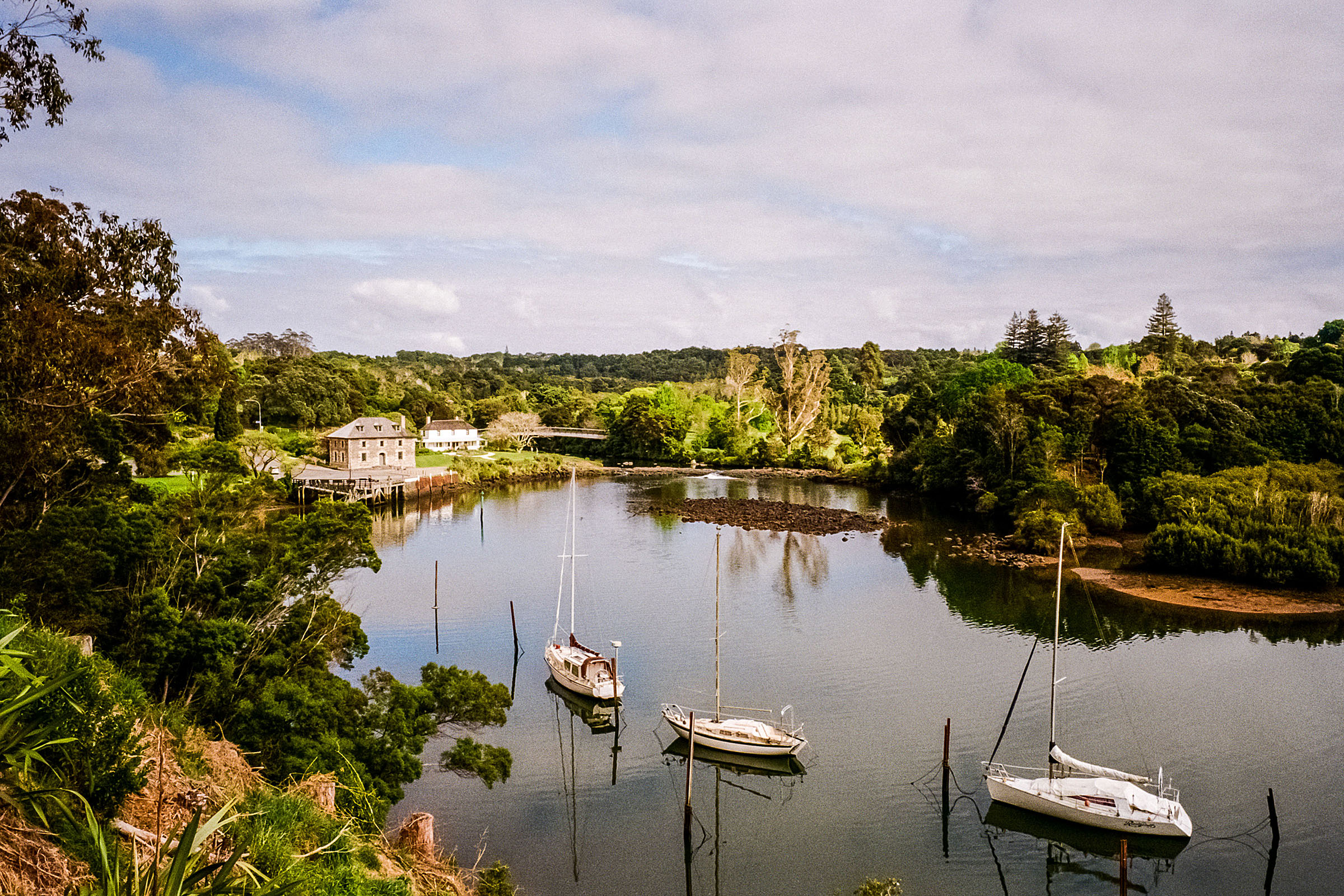 I started this roll in front of the Kerikeri Stone Store, the oldest surviving stone building in New Zealand. We arrived early to avoid the throngs of tourists that usually block the view, and got a clean shot of the building. Straight away from the images I really enjoy the colours and contrast. The dynamic range is narrower than something like Portra 400, but still impressive, and I quite enjoy the extra contrast it provides.

I shot this roll at +0.5 exposure compensation, meaning I overexposed by half a stop. This is how I often shoot colour negative film in order to give it more light and save the shadows. Still, the close up of the stone store below appears a little too dark. Perhaps I’ll try shooting a full stop over next time. I’m not disappointed though – for such a cheap film it holds up surprisingly well even when a touch underexposed. 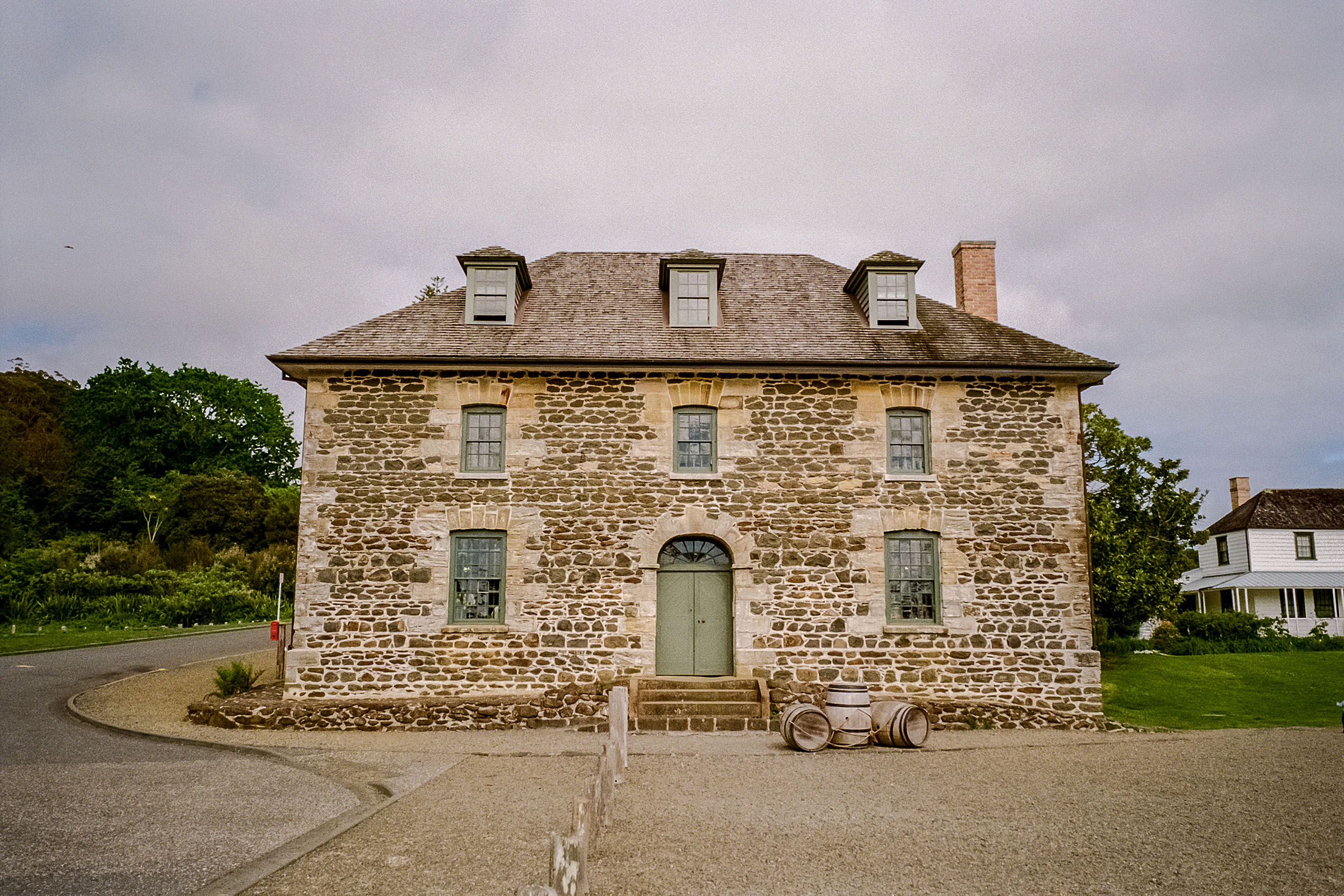 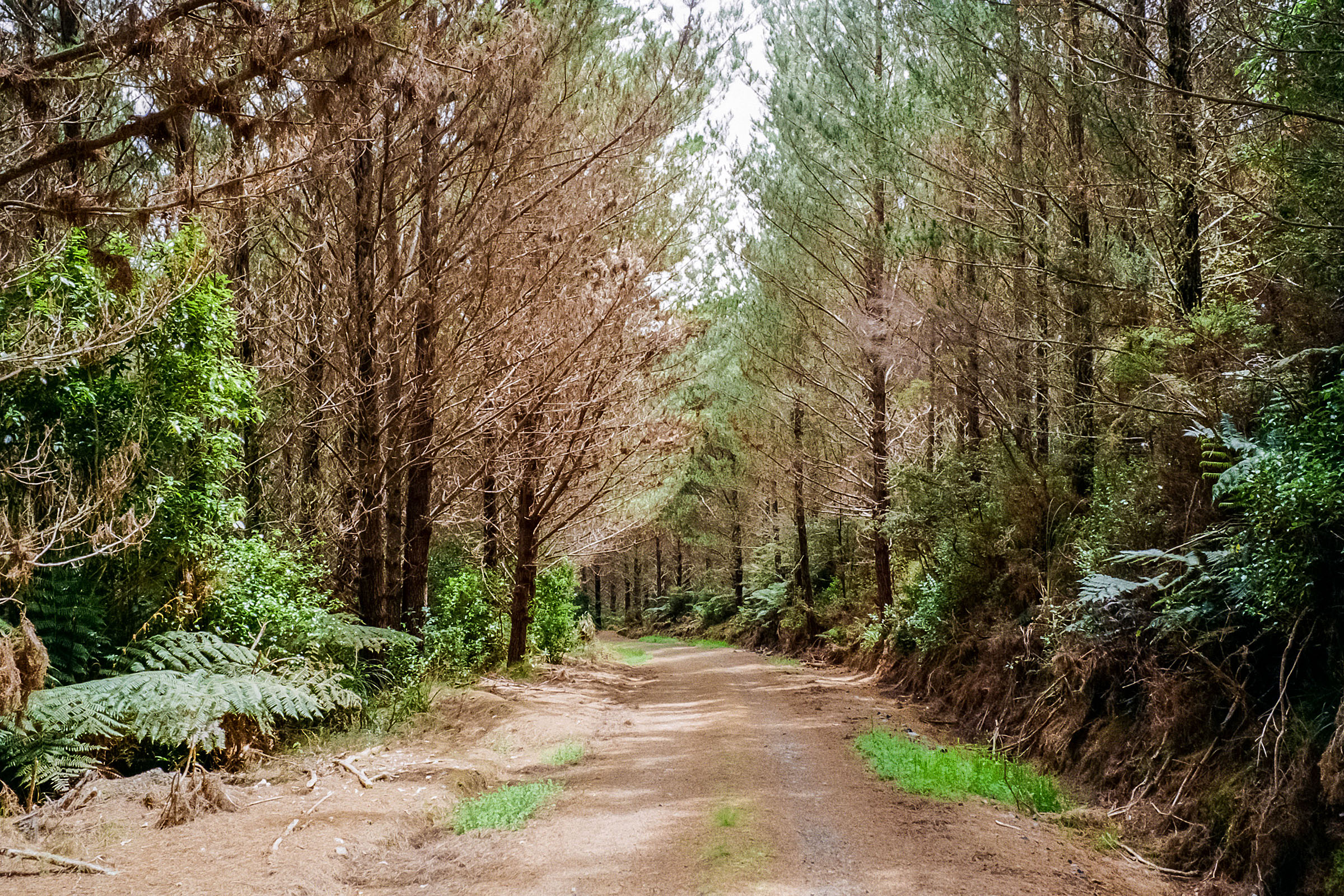 Stone Store (a) and Four-Wheel-Drive Track (b). Taken on Kodak Gold 200 with the FujiFIlm Klasse W

From the Stone Store, we walked out of Kerikeri and through Waitangi Forest on a four-wheel-drive track towards Paihia. The track through the forest was lined with trees and provided a good test for this film’s ability to handle shadows (and of my camera’s metering system). I was suitably impressed.

In the Kodak Gold 200 tech sheet, Kodak Alaris claims a wide exposure latitude – from two stops under to three stops over-exposed. This excellent exposure latitude, whilst not as wide as Portra, made Gold 200 a staple of family holiday photos all through the 1980’s and 90’s – it was hard for you (or your camera) to get it wrong.

By over exposing by half a stop, I’ve essentially shifted this bracket of acceptable exposure to cover 2.5 stops under and 2.5 stops over. This worked excellently to bring up some of the shadows in this frame. 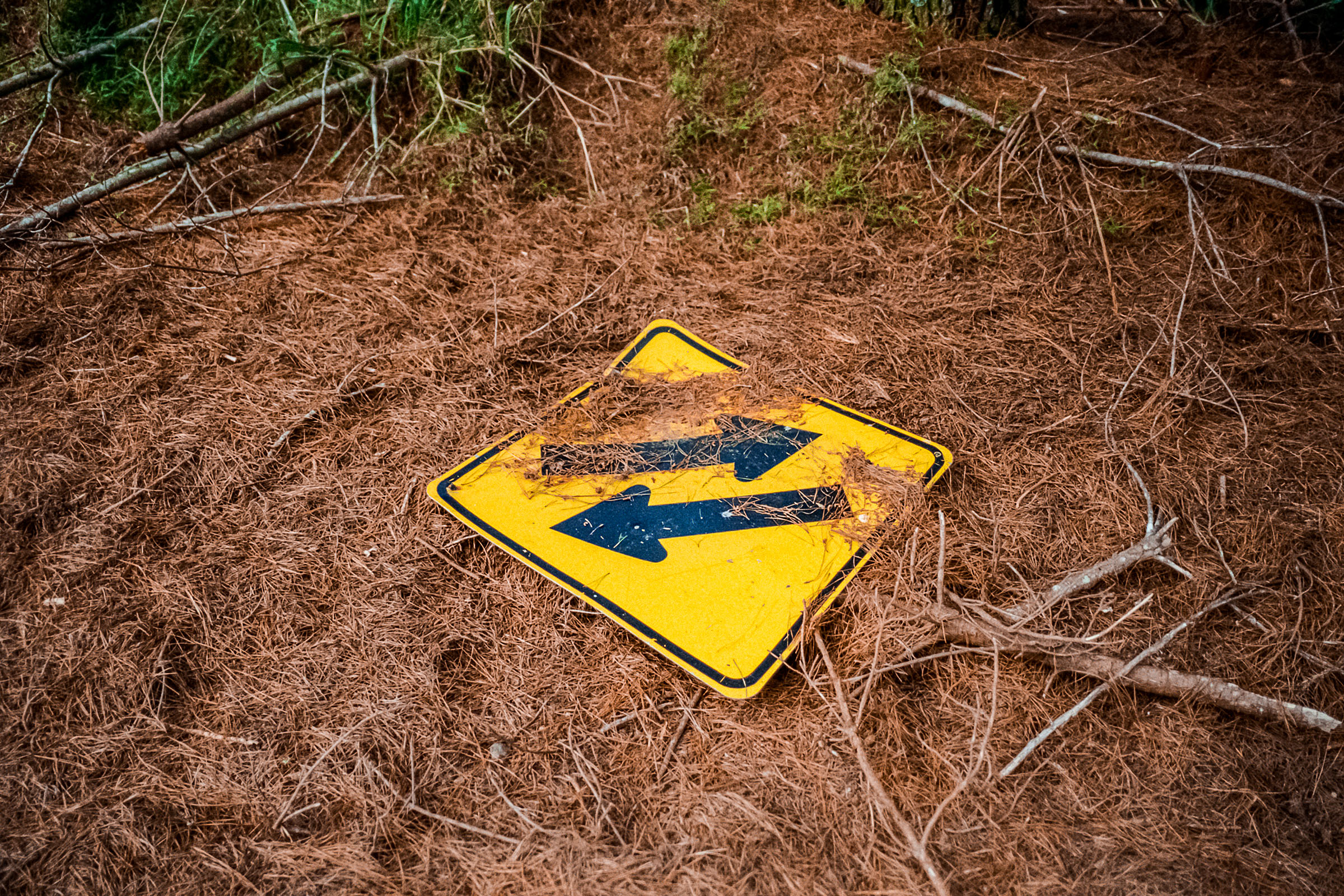 In many ways, Gold feels like a warmer, grainier variety of Kodak Ektar. If you just want the vivid colours of Ektar, this will certainly get you most of the way there, albeit with a distinctive warmer hue. If you wanted the ultra-fine-grain, you’ll probably be disappointed.

Kodak report a “print grain index” of 44 in a 6×4” print, with a measurement of 25 being the threshold for visible grain at regular viewing distance. For comparison, Ektar has a print grain index of “Less than 25” when printed in 6×4”. When printed as an 8×10” that only jumps to 38 – still less grain than Gold when enlarged to four times the size.

I certainly noticed a warm tint, and the grain and sharpness was not what I’d expect from a professional film. This wont’ be an issue if displaying somewhere like Instagram or online. 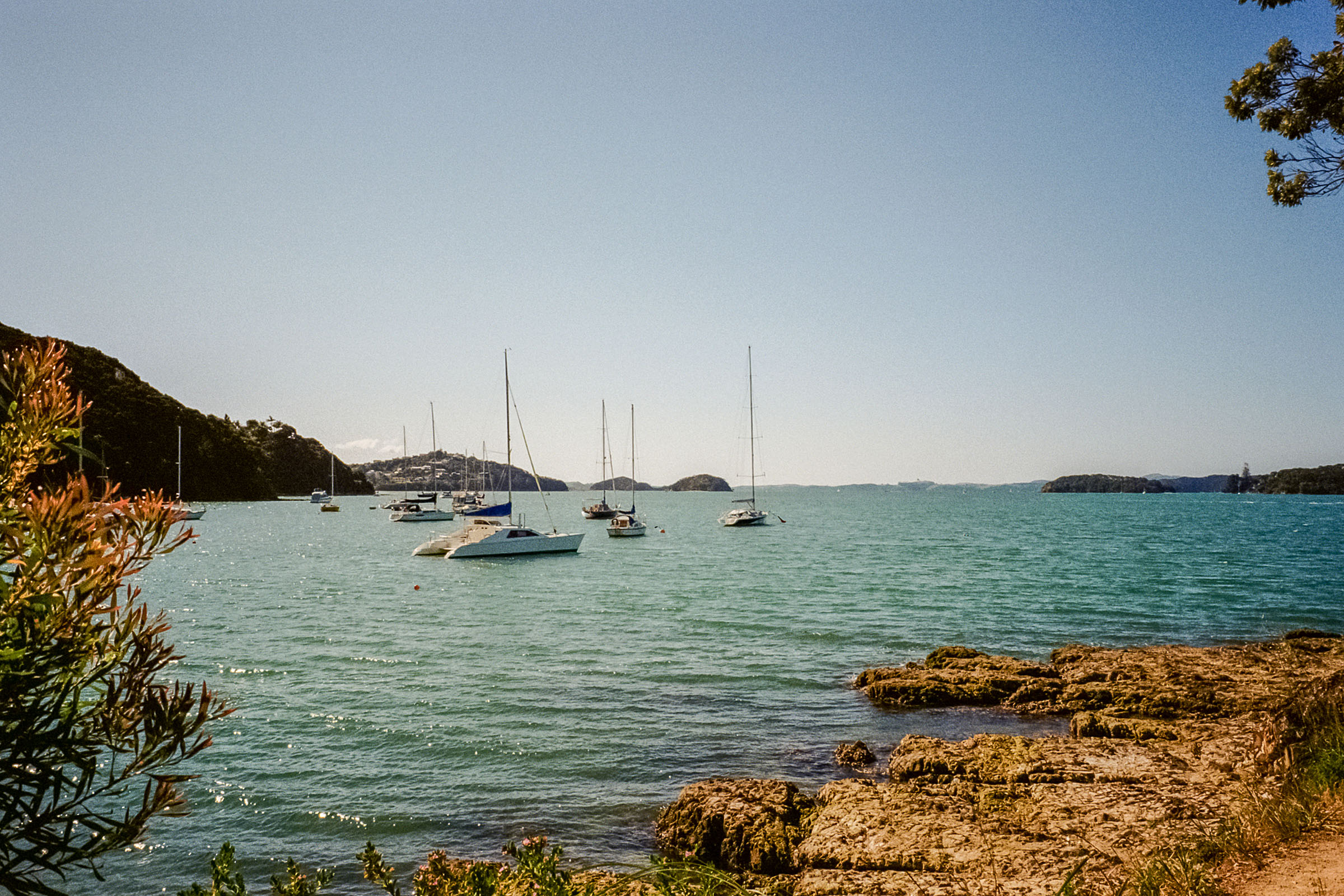 But I’m not saying that the warm tone and the graininess are necessarily bad. I have an illogical soft spot – probably nostalgia – for the warmer, punchier, slightly grainier look that these films deliver. It reminds me of holidays as a kid, where we would come home and a week or two later we could re-live the holiday all over again in a set of vivid, saturated, slightly grainy 6×4” prints. The warmer tone would align with the fond memories in my mind; already warmer, sunnier and happier than reality. It didn’t matter if it wasn’t quite accurate if it looked good.

There’s a good reason Kodak Gold reminds me of childhood holidays. Kodak Gold has been around and essentially unchanged since the 1980’s. It was a staple of the film wall at every pharmacy, supermarket and gift shop everywhere, and it was cheap and affordable. This was the exact sort film most everyday people would feed their camera. Even today, if a supermarket or pharmacy still sells film, there’s a good chance Kodak Gold is one of- or the only option they stock. 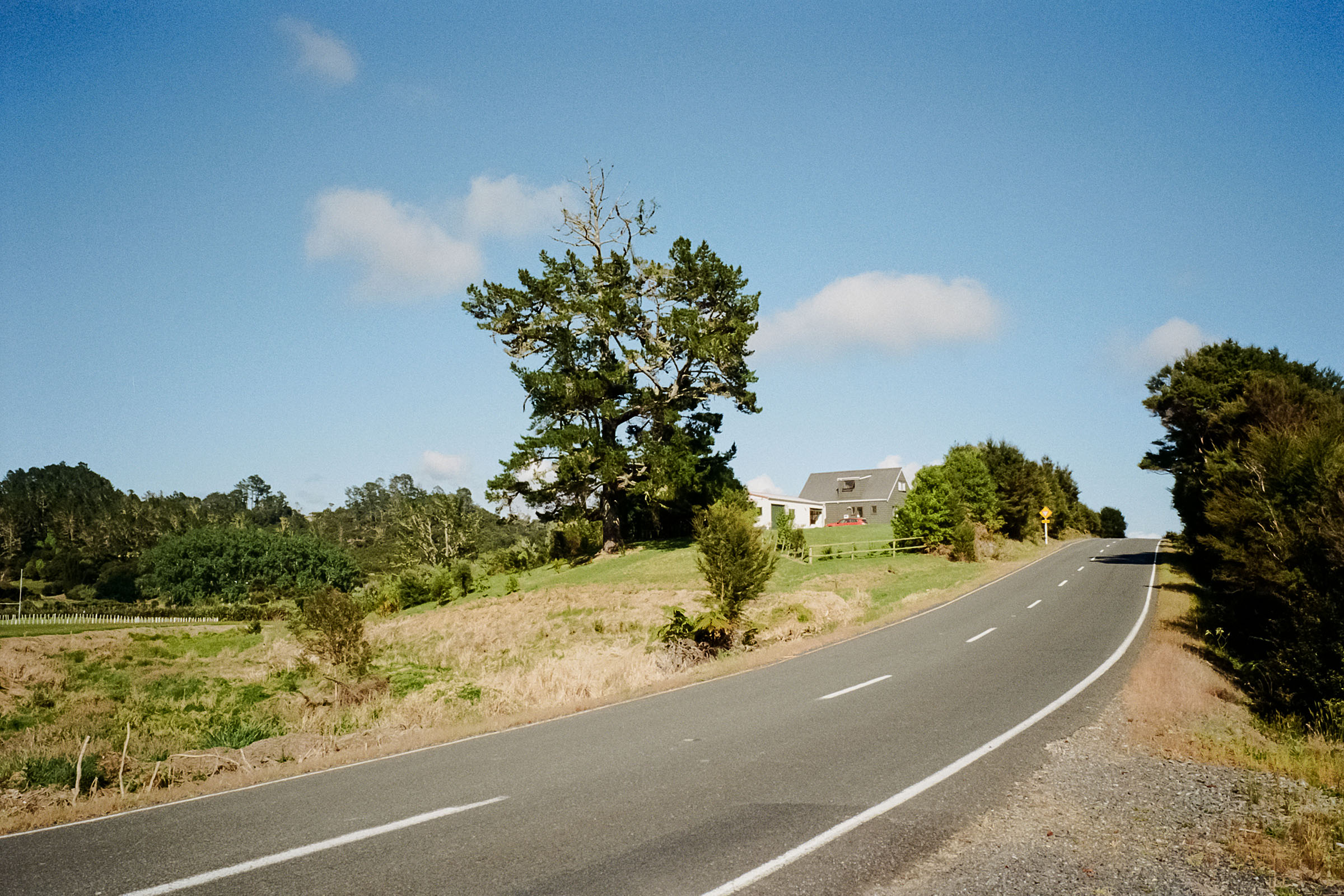 The wide latitude makes it perfect for amateurs using point and shoots with limited controls and dubious light meters, and the shelf life is also fantastic. Being designed not to require refrigeration (if developed before its expiry) means it can be sold at gift shops, drug stores and petrol stations, and makes it perfect for the infrequent shooter who might leave it in a camera half finished for six months until the next birthday party or vacation. 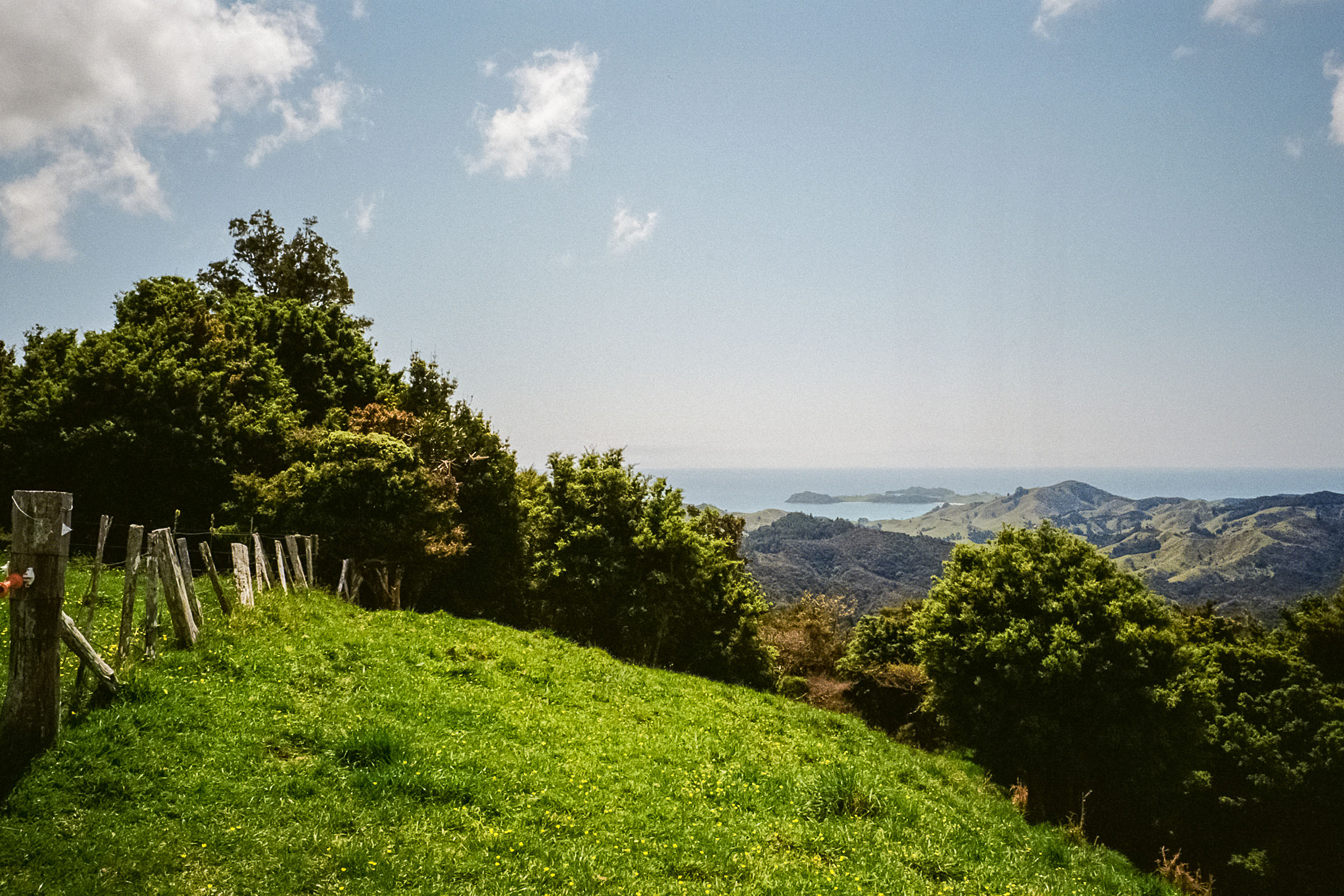 Views from the Helena Ridge Track. Taken on Kodak Gold 200 with the FujiFIlm Klasse W

It won’t hold up to the Kodak Professional lineup if you’re wanting neutral colours, perfect sharpness and minimal grain, or huge enlargements. But I don’t think that should be considered the target market for this film.

Kodak Gold is for the times when you might otherwise be happy snapping a shot on your phone. Perhaps you don’t want to spend the money on a professional film for daily snapshots, or perhaps you’re new to film and just want something affordable to get you started. Perhaps you’re like me and sometimes you want to put down the SLR or the rangefinder (or the 4×5”) and pick up a point and shoot with some cheap film to forget about manual controls and live more in the moment.

I really loved the results from this roll and previous rolls of Kodak Gold. I think the combination of a point and shoot where I don’t need to think too much, and the results of this emulsion are perfect for holidays and day-to-day shooting. If I embark on a “photography trip” where the main purpose is photography, I’ll probably take something else. But then again, I’d probably take a different camera. For daily snapshots and family holidays, this might become my go-to colour film.

Like this film and want to try it yourself?

Please consider purchasing this film via one of the links below which helps out this site with a small commission from each purchase: