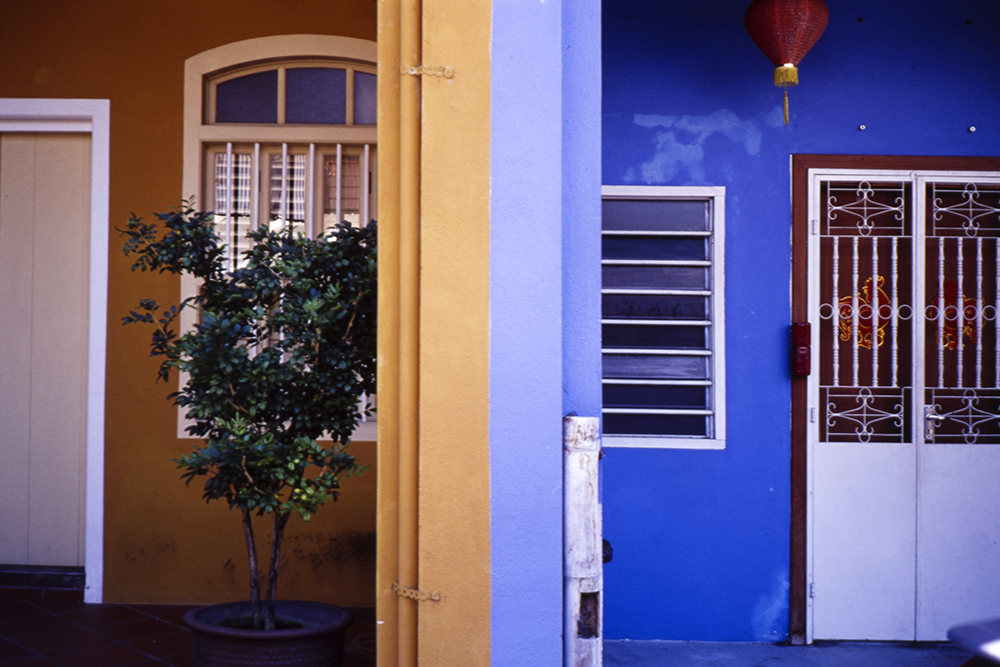 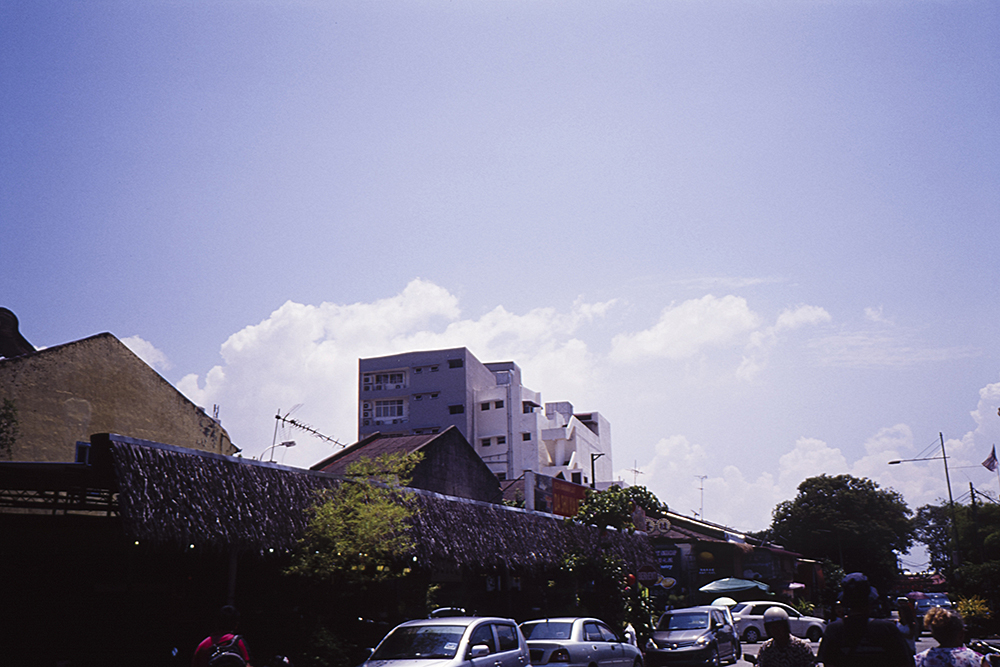 I just recently took a trip over to Georgetown, Penang in Malaysia, to catch up with my parents as they pass through on their motorbike adventure through South East Asia (and the world). I had been saving a small stash of Kodak’s Elitechrome Extra Color for some sort of “special” occasion, and thought why not start shooting some to get myself excited for it’s recently announced resurrection.

I wandered around the streets of “old town” Georgetown, jumping over open sewers and watching carefully for potholes, broken concrete slabs or otherwise hazardous sidewalks. I crossed streets quickly and carefully in the fleeting moments of calm between two swarms of cars doing their best impression of “driver oblivious to pedestrians”. And I dutifully carried my FujiFilm Klasse with me each day, trying to capture small moments that would remind me of George town. 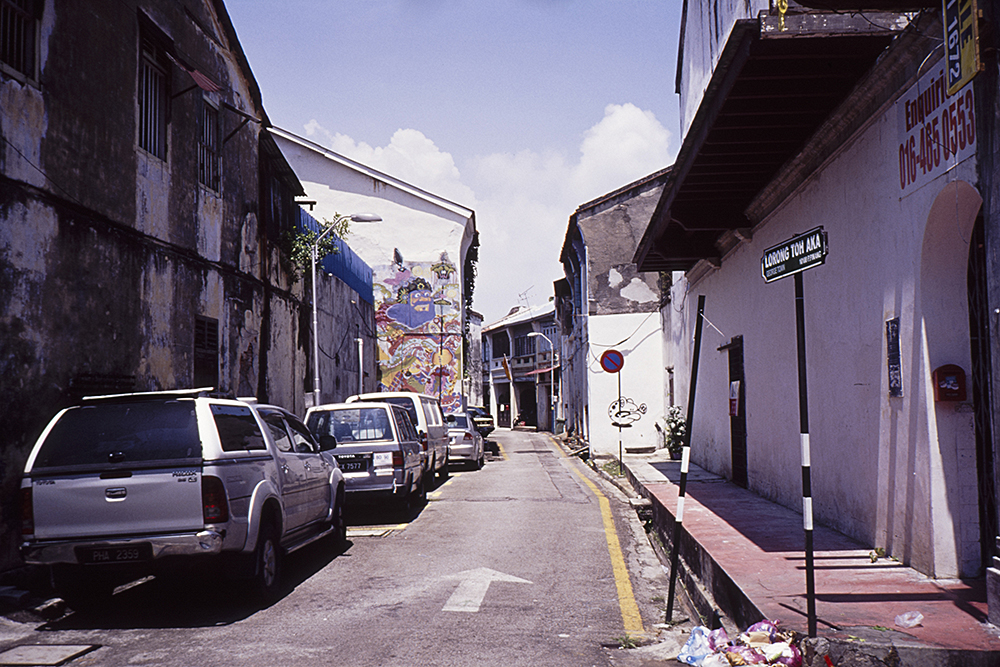 One of the first things I noticed about this film was the saturated colours; the emphasised blues and magentas. It gave these photos that classic chrome feel that always reminds me of old family photos, but before they started to fade. It’s a weird sense of being modern and contemporary, yet also a fond memory. In a very literal sense, it’s like you’re looking at today through a lens from the 80’s or 90’s.

The one complaint I could make would be that the colour balance did shift somewhat significantly to the cool/bluer end of the spectrum in the shade, but perhaps this could be put down to this film being four years expired, although it has lived in my freezer since it was bought fresh in 2012…

This was particularly noticeable on a few shots which were entirely in the shade. 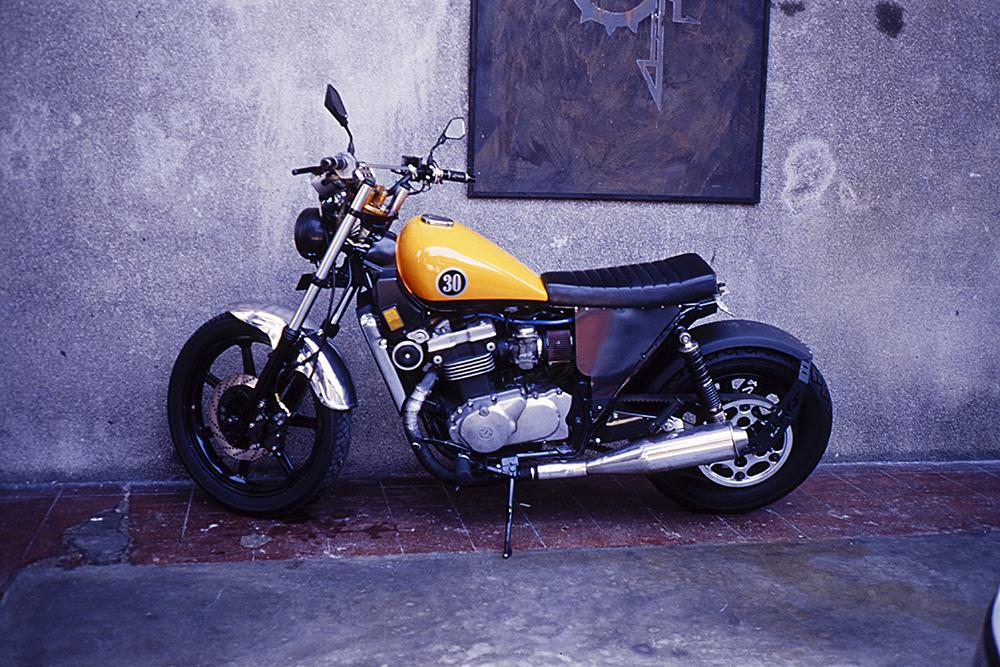 Slide film is notoriously finicky when it comes to exposure, and I wasn’t entirely sure how this film would handle the shadows, especially considering a) the film was already expired by 4 years, and b) the Fuji Klasse is relatively automatic with a somewhat simple exposure meter. I settled on shooting it at it’s native speed of 100 ISO, but erring on the side of overexposure if I ever though the scene needed some exposure compensation. 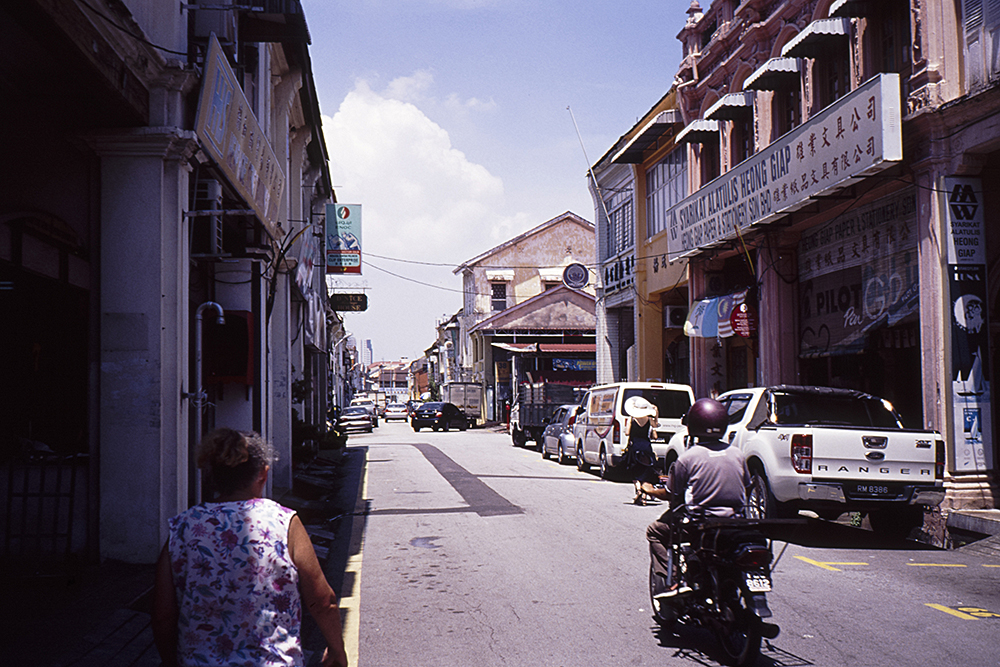 This exposure scheme worked out pretty well across the board, with only a small number of frames overexposed, however these were mostly tricky mixed lighting scenarios where I think the camera’s meter simply made the incorrect decision. 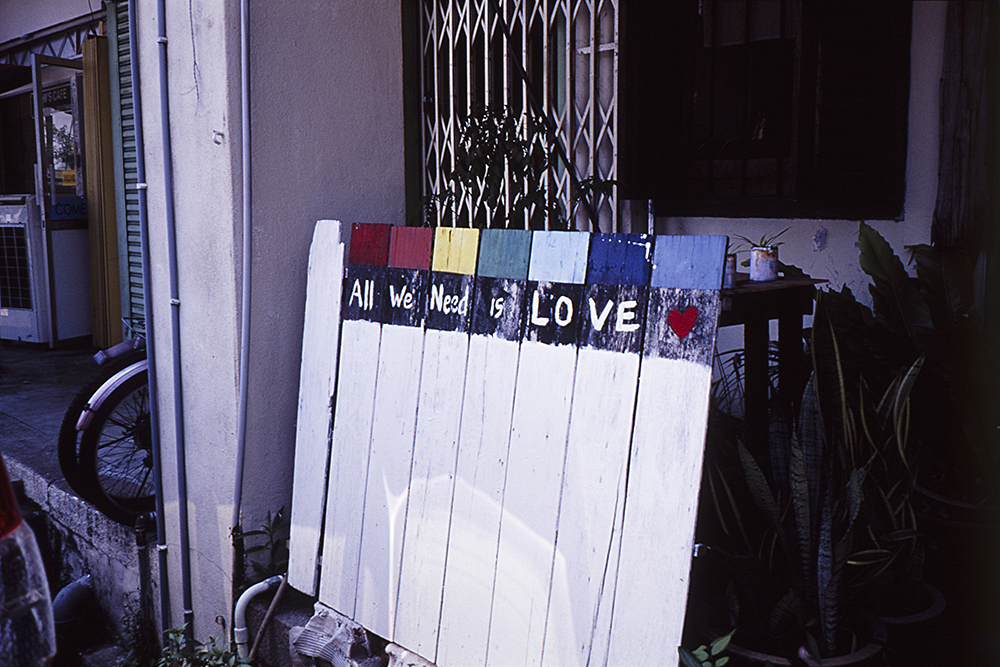 SaveThe lastTheThe last half dozen or so shots at the end of the roll really stood out – perfectly exposed, beautiful saturated colours and really interesting mixed light thrown across an interesting subject. I had stumbled across an old abandoned colonial-era building, held up by some metal supports, but clearly on it’s last legs.

I wasn’t sure I was supposed to be in there, but there was no body around, and no cordons or fences indicating that I should stay out, so I took my time looking for compositions and some night lighting. 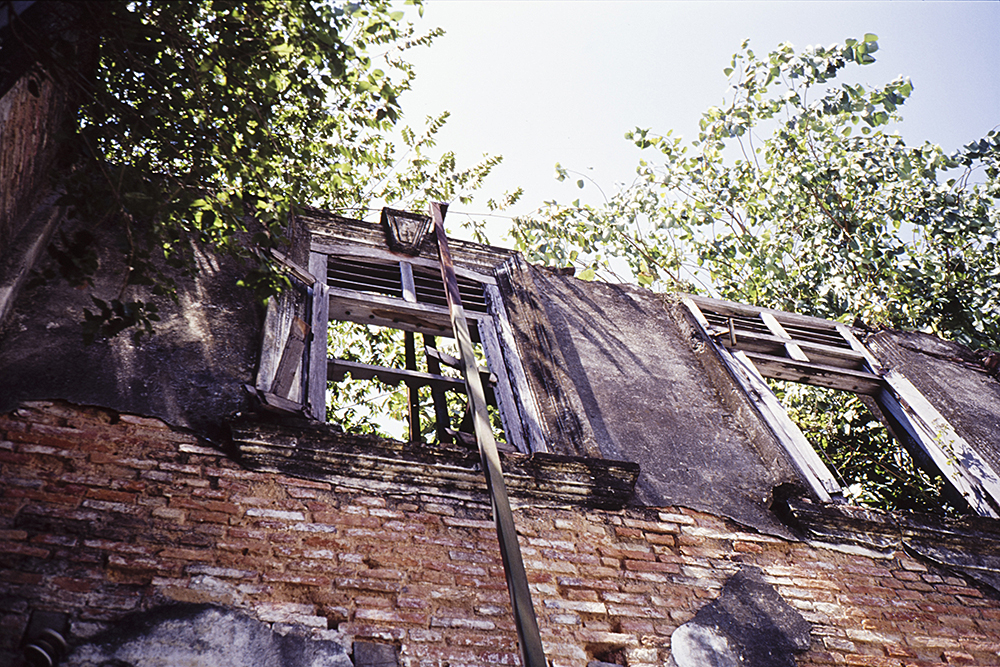 I was pleasantly surprised at how well the film handled a moderately contrasty scene – in this case the bright sky maintained a hint of blue, whilst the shadows in the corner of the building still maintained enough detail and texture. 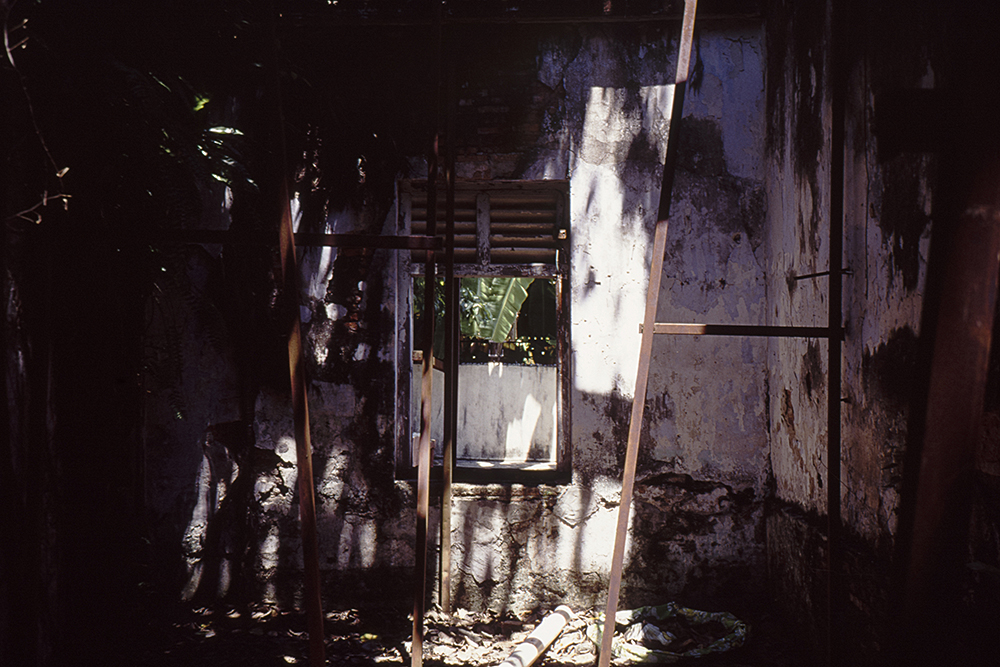 However, some of the internal shots did not fare so well. In this case the contrast between the dark shadows and the bright light hitting the wall was just too much. However, considering the conditions I think the Fuji Klasse performed admirably – not dramatically over or underexposing the scene and still rendering fairly nicely. This was perhaps a scene where I would have bracketed if I was using a film that wasn’t in limited supply.

This is definitely a film I will enjoy shooting again. It’s great for travel, city and ocean scenes; colours are vivid and saturated, if not entirely accurate. I didn’t do anything in the way of portraits or any close shots of people, but the colours and skin tones looked okay from a distance in the few shots that did feature people. 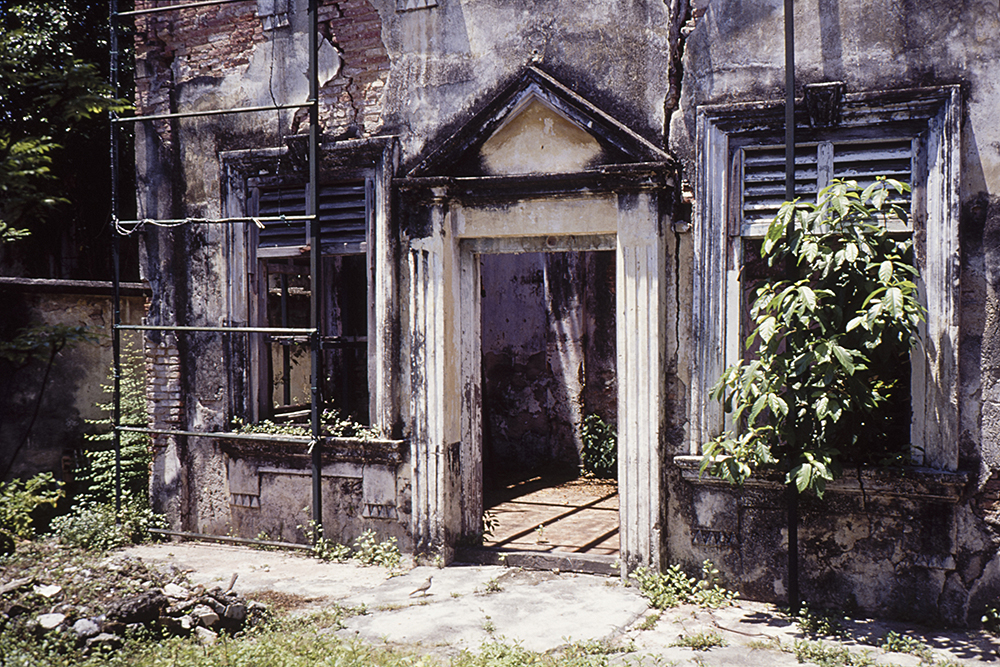 I’m definitely going to shoot some more Elitechrome in the near future, and I’m more and more excited for Kodak to reintroduce Ektachrome at the end of the year.